Victor Bjorge’s novel, Nerds Gone Wild, is not the title of a book describing a group of teenagers running wild through your high school cafeteria, dressed in worn-out t-shirts with pencils in their pocket squares and slide rules attached to their raggedy, dirty jeans. Instead, it is an in-depth illustrated tale, part history, part facts, and poetry-in-rhyme, detailing the rise of nerds in our society and attempts to prove they have developed since the beginning of time and now rule the world in which we live. Bjorge, with a degree in political science and journalism, has had a long career in the technology field and is well acquainted with the culture of people most of us would describe as nerds, being one himself. Bjorge is the narrator and translator of nerd language in a straightforward dialect the reader can understand.  The title grabs your attention. The book is hilarious. It “explores the absurdly fast rise and dominance of The Nerd at this moment in time when the fate of humankind hands in the balance.” Our society has progressed to where we can no longer function without the technological advancements the nerd society has introduced us to and has forced us to rely on in the 21st century. Bjorge exposes the importance of nerds in allowing us to function in their technology-driven world to the point we can’t live without them.

Bjorge does an excellent job with his whimsical writing, giving us a glimpse inside the nerd’s mind.

The book’s chapters outline ten areas in our society where nerds have tremendously influenced our lifestyles, and Bjorge admits we can read them in any order to enlighten the reader. Chapter titles include such topics as “Sports” (most of us never knew a nerd who liked traditional sports, especially taking part in them, but give Bjorge time to explain the connection). In addition, there are chapters called Fashion – Or Lack Thereof, and Food. The book concludes with a pop quiz to determine if the reader is a nerd.

Chapter 3, Sports, is an eleven-page gift of stanzas in 4 sentence rhyme, reciting how sports have changed over time, beginning with the Romans and Greeks, growing into team sports, and ending with “nerd sports.” Nerd sports is a place where no physical involvement is required and replaced with virtual competition.

“The Wide World of Sports is in a state of flux

And the cultural momentum of nerds is the crux

When sports is motivated by data and individual players

Our communal team sports are victims of these slayers

But there’s no stopping it, for with technology we are all smitten.”

Chapter 4, “Fashion-Or Lack Thereof,” is a historical diatribe beginning with cave dwellers and advancing to the ancient Egyptians, the Far East, western fashions and culminates with a description of clothing you can associate with all nerds in your high school cafeteria or maybe yourself. Of course, the nerd’s choice of clothes is a combination of items we could find tucked in the back of our closet, not to be used every day. The nerd is naturally familiar with using them in a non-fashion way to make their own fashion statement. Readers can thank nerds for the invention of casual Friday, which has turned into casual Monday through Friday since 2020.

Bjorge introduces us to the nerd’s food choices in Chapter 9, advanced by the invention of the microwave. This development increased the availability of snacks for the masses and provided us glimpses into the food choices of nerds. Regular people can now enjoy hot pockets, instant pizza, and advance to gourmet junk food snacks, fast food, and ramen, to name a few. Who knew pop tarts were the number one nerd food of all time? Pop-tarts are so highly prized they’re packaged in Mylar which can, according to Bjorge, increase shelf life by 17 years or more.

The book has multiple sidebars of trivia and famous quotes, photography, and illustrations to entertain the reader with quips attached that nerds and non-nerds will find witty and well-placed.

The book’s end is a pop quiz for the reader to determine whether you are average or a “true God or Goddess of nerd-dom.” But, of course, if you’ve read this far or done the quiz first, you might be a nerd. 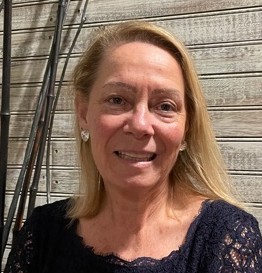