The Music Man at the Winter Garden Theater

The Music Man is the most long-awaited, highly anticipated production on Broadway. It stars two-time Tony Award, Grammy Award, Emmy Award winner Hugh Jackman (Harold Hill), who needs no further introduction (only paramedics for fainting fans). Partnering with Jackman is two-time Tony Award-winning musical comedy superstar Sutton Foster as Marian Paroo (no relation to me that I could trace as of yet).

Now in previews, fast forward three years, and finally, after being rescheduled twice due to the pandemic, opening night is February 10, 2022. We attended a preview performance delivering great musical theater and some comical, endearing unscripted moments by Foster and Jackman. It was seamless, as if Meredith Wilson, the playwright, had included them in the script.

Jackman’s Harold Hill was joyfully resplendent, bringing sunlit cheer to River City and the Winter Garden. Handsome and urbane, he glowed with the natural magnetism of a successful traveling salesman. The audience reveled in all the wonders of splendid brilliancy and dazzling light

Foster’s role as Marian was imbued with tenderness and beguiling lyricism, culminating in her reprise of Till There Was You—there was hardly a dry eye in the house.

A young Benjamin Pujak made his Broadway debut as Winthrop Paroo with charming élan. He brought the song Gary Indiana to life. We’ll be seeing more of him for sure.

Incidentally, the eponymous Gary Indiana in real life is a critic for the Village Voice, actor, author (Horse Crazy 1989), and video producer. Born Gary Hoisington, he chose his pseudonym on a whim after meeting famed poet and critic John Ashbury, who introduced himself to Indiana as “I am Lowell Massachusetts.” We don’t know if Gary Hoisington picked Indiana because his first name was already Gary or he had just seen The Music Man. But all this adds to the lore of the beloved musical must-see. You, too, will be whistling Gary Indiana.

The show featured a sizeable, gifted singing and dancing cast. Warren Carlyle’s choreography was outstanding, and dance scenes were at times acrobatic, drawing oohs from the audience.

I first encountered Jackman in The River and only remember him from that play. At the show’s end, he removed his shirt and sold it in a fierce bidding war for a thousand dollars to raise money for Broadway Cares. He raised nearly $1 million during that run. I vowed right there and then that I would be in the audience whenever Jackman appeared on stage.

Producers created two very different movie versions of The Music Man. One in 1962 with Shirley Jones in a rendition straight from the Broadway theatre. Having played over 800 curtains, Robert Preston was tapped over Frank Sinatra for the role because of Meredith Wilson’s insistence. I would have loved to have seen Old Blue Eyes as Professor Hill, but you must give Preston credit–after 800 shows, his performance was refined and natural.

A nondescript 2003 Disney version was produced starring Mathew Broderick as Professor Hill and Kristen Chenowith as Marian Paroo. Producers modernized the original time setting of the early 20th century rendering the story less believable. The movie also feels as if filmed on a low-budget set. Although produced four decades later,  there was a disappointing lack of special effects, creative lighting, and notable camera angles. The 1962 version, with its whimsical dialogue and developed characters, clearly outpaces the Disney version.

Don’t wait to buy tickets. This show will sell out quickly. Click Links Below for More on The Music Man

Till There Was You – Reprise: Sung by Shirley Jones with Robert Preston in The Music Man, 1962 film 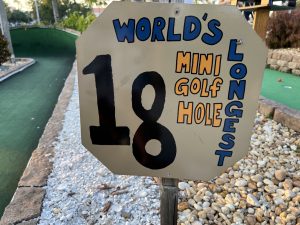 After leaving Bowland and Nemo’s Cafe, we crossed the parking lot and discovered Tropical Breeze Fun Park, home of the world’s longest hole. As a reporter on a mission to verify bold claims, we signed up for a round. 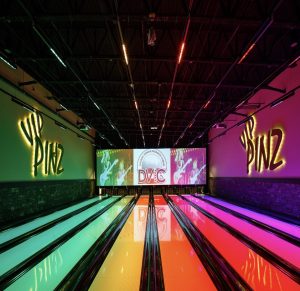 Cape Coral hosts many pleasant surprises. Some friends and I recently spent a pleasant evening at Nemo’s Sports Bistro at Bowland in Cape Coral. Along with a bowling alley brimming with activity, there is Nemo’s Cafe where diners can relax, play pool and darts, watch live sports, and order bar fare like drinks, wings, and pizza. 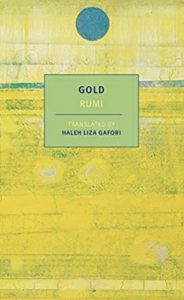 The ancient language of the Persians, Farsi, is the ultimate romantic language, and the nuances and shades are deep and numerous. Rumi is considered the greatest poet of this language; his significant works are the Masnavi, rhyming couplets like those quoted above, and Divan-e Shams-e Tabrizi, a collection of lyric poetry.

The Music Man at the Winter Garden Theater

[…] we are also privy to Q&As that explore his humble roots in the same hometown as Harold Hill of The Music Man (which is co-currently running down the block), Gary, […]

[…] we are also privy to Q&As that explore his humble roots in the same hometown as Harold Hill of The Music Man (which is co-currently running down the block), Gary, […]

Yes, makes sense. With all the theaters and concert halls opening up in NY we’ve been very busy. We intend to see some movies in the near future.