Jets vs the Broncos

On September 26, I visited my son and his friends who live and work in King of Prussia and had lunch at Yard House. This restaurant had a great selection of beers; according to their website, they have 130 beers on tap and large screen TVs, too many to count, surrounding the spacious dining room. The food was excellent and the service exceptional. In addition, it was the perfect location to watch football on a Sunday afternoon.

My discussion with the group, who were there to watch games since they were all involved in fantasy football, was about what it must be like to go to work at 1 Jets Drive day after day, for some players year after year, and hate your job as a member of a losing team. Young men have lifelong dreams of playing in the NFL, but being a New York Jet must be the killer of dreams.

The Jets were playing the Broncos and 0-2 for the season, losing to the Panthers and Patriots. Most sports analysts predicted another loss for the Jets against the Broncos. The predictions came to fruition.

Driving back to Jersey, I tuned to WFAN so I could listen to the Jets game. Unfortunately, things were not going well for the Jets. Then, to my surprise, Marty Lyons talked about the same subject I had been discussing earlier–what it must be like to report to your job in Florham Park when there is no positive outlook for the future. My son and his friends love their jobs, and so do I. So I can’t imagine what it must be like to feel downtrodden at work.

Long-time season ticket holders like myself continue to support our team, often attending games only because we have paid for the PSL and season tickets. So you might as well enjoy being outside, suffering along with everyone around you.

What hurts is when you pay, in my case, $270 per seat for each game while the people next to you bought their seat last minute for $70. They enjoyed the same food in the club as I did, with little investment. I’ve got years of investment with zero return on my money.

I attended the Titans game with my friend Gloria Alvarado, who is a long-time Giants fan. Her team is no better than the Jets. For a few hours, I was hopeful the football gods had lifted the black cloud from over the heads of my team. The stadium was only 60% or so filled, and it was an exhilarating game to the last second—finally, a win.

The following week, there was the game in London against the Falcons. I can’t imagine the plane ride back to the states after that loss. Thank God this week was a bye week so fans could pray for a miracle.

The recent issue of Jet’s Confidential quoted quarterback Zach Wilson as saying, “You’ve got to keep that swag and that mojo every single week.” He needs to repeat that mantra to every player and every fan from this day forward. 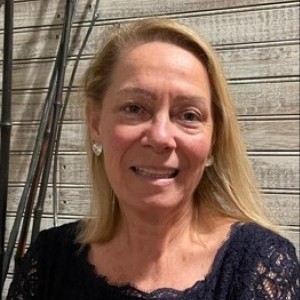 Jets vs the Broncos