Richard Strauss and the Tone Poems

Richard Strauss comes to the forefront in this review of Ariadne Auf Naxos at Lincoln Center. Most of us recall Strauss and his development of a magnificent series of bold, exciting tone poems. His superb technical skills and sumptuous instrumental coloring produced remarkable tonal masterpieces set to specific themes. In describing his compositional modus operandi in a letter to French critic Romain Rolland, he noted that “a poetic program is exclusively a pretext for the purely musical expression and development of my emotions,” but “not a simple physical description of precise facts of life. For this would be most contrary to the spirit of music.”

His first five tone poems are generally regarded as his finest and include Don Juan, Tod und Verklarung, Till Euilenspiegels lustige Streicher, Also sprach Zarathustra, and Don Quixote (1898). While his expressions in this genre arguably lead to an end of an era with emerging conceptualizations of modernism supplanting his oeuvre, his two early operas, Salome and Elektra stand out as two of the most provocative operas of the 20th century.

Departure from Romanticism into the Progressive

Strauss departs from the late-Romantic mindset through Salome and Elektra with their jagged harmonies and near atonality. His intones are scandalous, angular, and powerful. Derived from an Oscar Wilde biblical shock drama, King Herod’s stepdaughter Salome becomes a femme fatale, purposefully

orchestrating the stern John the Baptist’s gruesome demise because he spurned her advances. Legend has it that at the Dresden premiere of Salome, the audience charged the stage to attack Salome, who just completed the daring, lascivious Dance of the Seven Veils, and kissed the dismembered head of the prophet Jochanaan served in a silver bowl. This brings to mind William Congreve’s sagacious assertion in his The Mourning Bride (1697), that “Heaven has no rage like love to hatred turned, nor Hell a fury like a woman scorned.”

Salome convulsed conservative Europe and was quickly banned from the Metropolitan Opera in New York. More than a century later, the music and setting of Salome captivate audiences eager to envisage its unique psychological lurid underpinning.

Ariadne Auf Naxos (1912 and 1916) is based on an amusing tale of a wealthy patron demanding two operatic works be presented simultaneously to end just in time for a fireworks display. The wailing and trepidation of the prima donna artistes pose a perfect storm of humorous conflagration as they attempt to combine the two works into one.

Ariadne Auf Naxos marks the beginning of a 25-year collaboration between the fiery Strauss and distinguished man of letters and librettist Hugo von Hofmannsthal. Von

Hofmannsthal’s conservatism drew Strauss away from his previously sensational extrovert convulsiveness to a literary oeuvre immersed with symbolism in a gray land of allegory existing outside his more flamboyant character.

The work’s prose does not proclaim the virtues of Teutonic gallantry or agitate in exciting sordid ruminations of an English author taking liberties with biblical canon. Instead, it projects humorous gesticulations of competing forces sparring in a conflict of egos and inflated temperament. With a comfortable storyline, Strauss’ artistic veracity emerges in distinctive, familiar orchestral colors that mollify most listeners.

The context of Strauss’ musical evolution crafts a rationale for celebration and veneration of the Met’s production of Ariadne. Many of Ariadne’s loyal followers inform their admiration from an appreciation of a courageous, virtuosic, Wagnerian power cast of singers. Great artists likewise can display their virtuosity in Strauss’ brilliantly orchestrated coruscating sonic landscape.

The role of Zerbinetta is particularly compelling for virtuoso fans, placing extraordinary technical demands on the coloratura soprano. In the aria Großmächtige Prinzessin in the second act, Strauss conflates seemingly incongruent elements of bel canto style singing with twentieth-century harmonic and melodic idioms. A historical preferent performance of the aria is by Edita Gruberova. Few sopranos can conquer this work and execute it with apparent ease: hats off and well-deserved sustained applause for Brenda Rae and her Zerbinetta. Rae’s performance was graceful and glittering, delightfully luminous. Here is an excerpt of Rae singing Noch glaub’ ich dem einem from Ariadne in the current season.

The scenery, lighting, and costuming drew audible adulation and applause, supporting one’s suspension of disbelief as it drew the audience participant into the story. Conductor Marek Janowski masterfully directed the famed orchestra, expressing the richly crafted score while deftly supporting the singers.

Readers may also enjoy our reviews of The Zerbinetta Aria, La Boheme, Don Carlos, Madama Butterfly, and Hamlet at the Met. 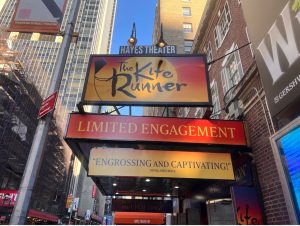 […] Attending this Metropolitan Opera Production of Madama Butterfly at Lincoln Center continues my reviews of the Met’s 2022 season productions, including Don Carlos and Ariadne Auf Naxos. […]

[…] are reviews on the Met’s marvelous 2022 productions of Madama Butterfly, Ariadne Auf Naxos, and Don […]